I (W. Wertelecki, M.D.) see and illustration of a deformity of the head due to a premature closure of a cranial suture generally referred to CRANIOSTENOSIS, CRANIOSYNOSTOSIS, STENOCEPHALY, etc. Illustrated are the deformities due to premature closure of the sagittal suture. The result is a long narrow shaped skull generally known as SCAPHOCEPHALY (“scapho” meaning “boat-like”).

PERSPECTIVE: Deformities due to premature closure of cranial sutures reflect what and the degree to which they are impacted. The deformities often are dramatic: Homer already noted in “The Iliad” such deformities (page 893 in “Congenital Malformations: Notes and Comments” by Josef Warkany). Homer noted an individual whose head was “peaked toward the top” (tower skull). Hippocrates and Virchow in 1906 described a variety of sorts of stenocephalies. More is found in a gallery. 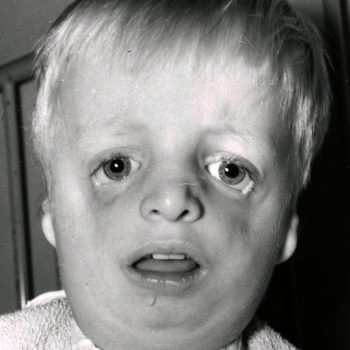 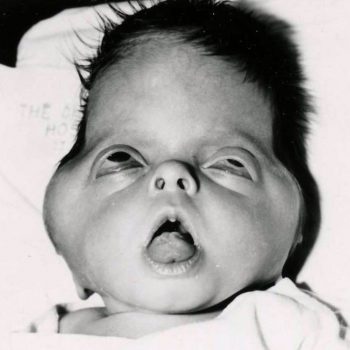