I see (W. Wertelecki, M.D.) a cyclops and wonder about his nose. In mammals including men the approximation (ocular hypotelorism) or fusion of orbits-eyes (cyclopia) is overwhelmingly associated with holoprosencephaly (failure of the frontal lobe to divide in two).

One-eyed lambs who graze on plants containing “veratrum” and other alkaloids conclusively demonstrate that environmental factors can cause structural malformations. This notion was rejected until the mid-1900’s – the dogma upheld for centuries was that congenital malformations were always due to “genes”. The dogma was destroyed by Dr. J. Warkany who demonstrated that nutritional maternal deficiencies were teratogenic (caused malformations).

Back to Signs
Tags: sxHolop1 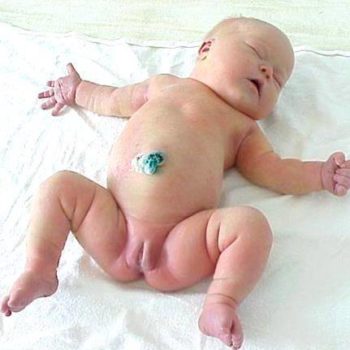 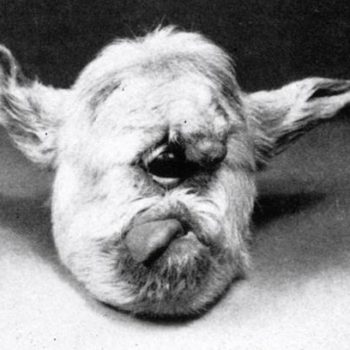