ONGOING WAR IN UKRAINE
Our priorities must respond to the threat posed by Russia to Ukrainian children in particular those
with developmental disabilities. Please follow our postings and appeals for assistance.

I (W. Wertelecki, M.D.) see an ideal illustration to demonstrate the utility of a semiologic analysis of visually evident dysmorphic signs.

This pre-puberal girl illustrates several dys-proportions (disproportion) and deformities: to start, the door frame in the background indicates she has short stature (dwarfism); the head-face are proportional and her gaze is indicative of alertness/intelligence. The chest-abdominal (trunk) upper limbs are small which renders the upper limbs long – the lower limbs are partially flexed at the knees (she apparently had a muscle biopsy). The spine shows a hyper-lordosis. These disproportions suggests a “spondilo” (skeletal-vertebral alterations) concurrent with and average calvarium-face morphogenesis; apparently there are contracture of the lower limbs. By history, the onset of the dys-proportions (disproportions) emerged postnatally. Both parents are “normal”.

This is an instance of Morquio syndrome, later classified as a mucopolysacharidosis type IV (MPS IV) and currently subdivided into types A and B. Both types reflect diverse mutations of the GALMS gene. Morquio is a rare disorder described in 1929 by Luis Morquio (a famous pediatrician in Montevideo, Uruguay) and by independently by Braisford, also in 1929.

The onset of MPS IV is after birth (after separation from maternal normalizing factors). The mutation results in a gradual accumulation of keratan sulfite manifested as a lysosomal storage disorder. Gradually, storage impacts the aorta, and growth in general (most patients are dwarfed), emergence of hepato-spleno-megaly, cardiomyopathy … some patients die early (during the first years of life), some patients survive (some lived beyond 80 years fo age). One of the most striking sign of MPS IV is gradual “spondylo” (vertebral) dysplasia (severe spinal deformities). 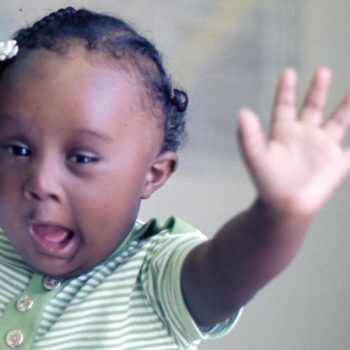 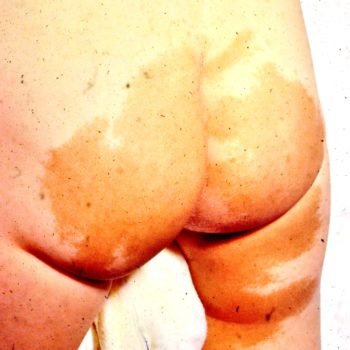