I (W. Wertelecki, M.D.) see in a father a flattened forehead deformed by compression being reproduced in his son. Plagiocephaly inherently mean deformations induced by mechanical forces. Often this is due to a “synostosis” (fused cranial sutures) distorting skull growth.

Plagiocephalies not due to intrinsic factors such as abnormal fusion of cranial bones (synostoses, etc.) can be corrected by use of helmets to re-direct growth. It is imperative that causes such as fusion of cranial sutures (cranio-synostoses) be diagnosed and surgically repaired early.

Several Amerindian tribes and cultures in other continents induced deformations as an expression of “power over nature”. Shown is  an adult with a “flat forehead holding an infant whose cranium is being deformed by compression to produce plagiocephaly (plagio is a root for “false” or distorted).

Back to Signs
Tags: sxPlagioceph 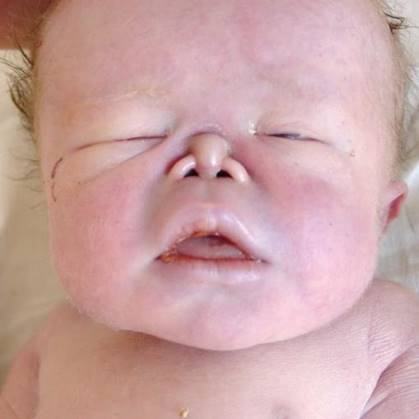 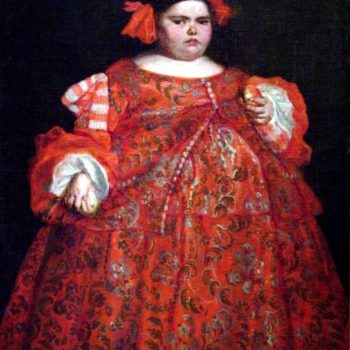