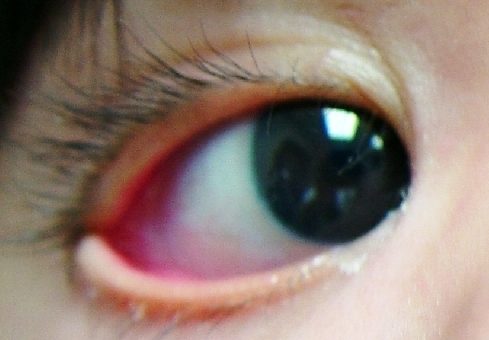 I (W. Wertelecki, M.D.) see a lower lid that sags outward or away from the eye exposing the inner eyelid – a sign that is called ectropion. I also see two depigmented spots on the iris (Brushfield spots). Of course, such patient would undergo general examination (which revealed multiple signs suggestive of Down syndrome).

Back to Signs
Tags: dysmorphmix2 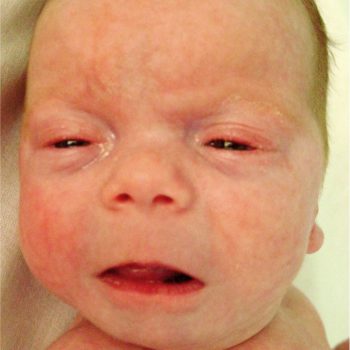